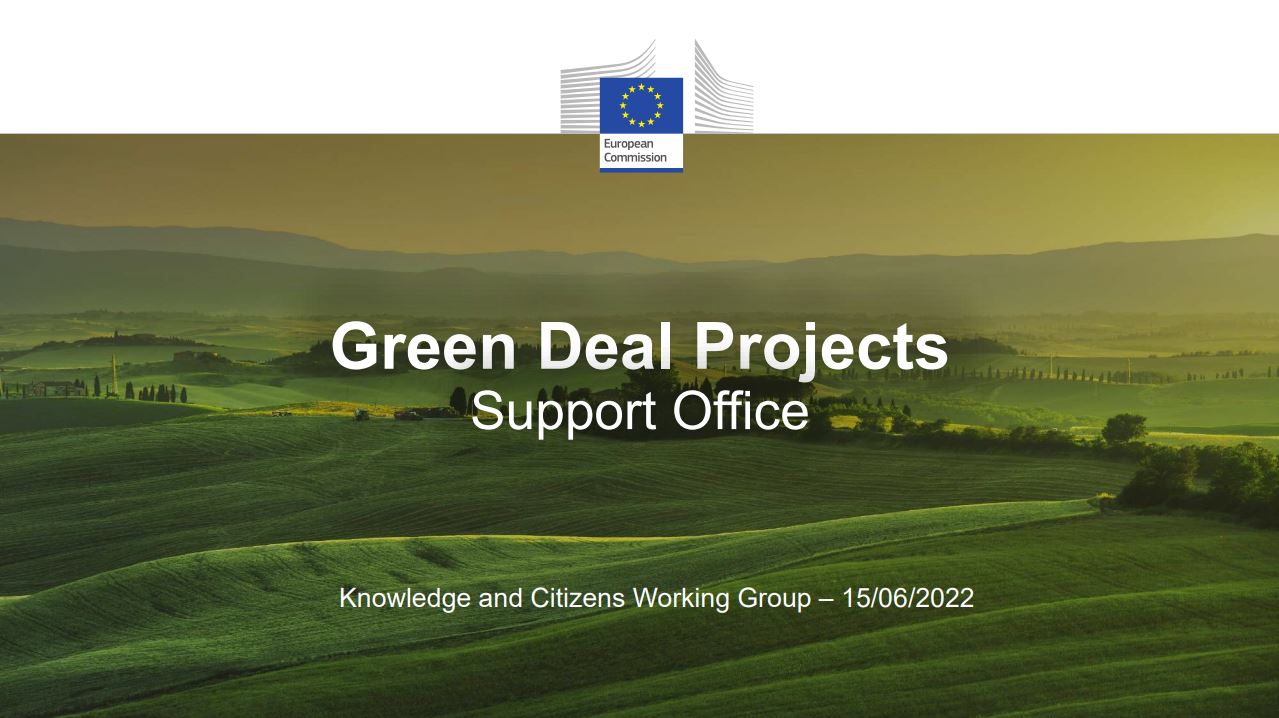 On June 15, 2022, RI-URBANS’ coordinator and project manager (Xavier Querol and Marta Monge) attended the first edition of the Knowledge and Citizens Working Group meeting. The meeting was organised by the Green Deal Support Office, whose mission is to facilitate the coordination between projects funded under the Horizon 2020 Green Deal Call and maximise their positive impact in the longer term.

The first Working Group meeting aimed to bring together all the knowledge and citizens task force projects to get to know each other, identify and prioritise commonalities to propose and create synergies between the projects. In addition, the Working Group meeting also served to start developing the action plan and to advance the identification of key activities.

A total of 16 projects attended the meeting:

Social sciences and humanities for achieving a responsible, equitable and desirable Green Deal

Wearables and drones for city socio-environmental observations and behavioral change

Their common focus is to strengthen citizens’ awareness of their own role as actors of change, promoting inclusive and participatory approaches to decision and policymaking at the local and national levels to address climate change challenges and propose transdisciplinary approaches to behavioural change.

During the event, there were joint sessions with several of these projects. The European Commission envisaged technical synergies of RI-URBANS with ICOS CITIES / PAUL, CIRCULAR FOAM, and FRONTSH1P projects in terms of providing citizens with information systems and tools to support decision-making in both pollution monitoring and circular economy solutions adoption.