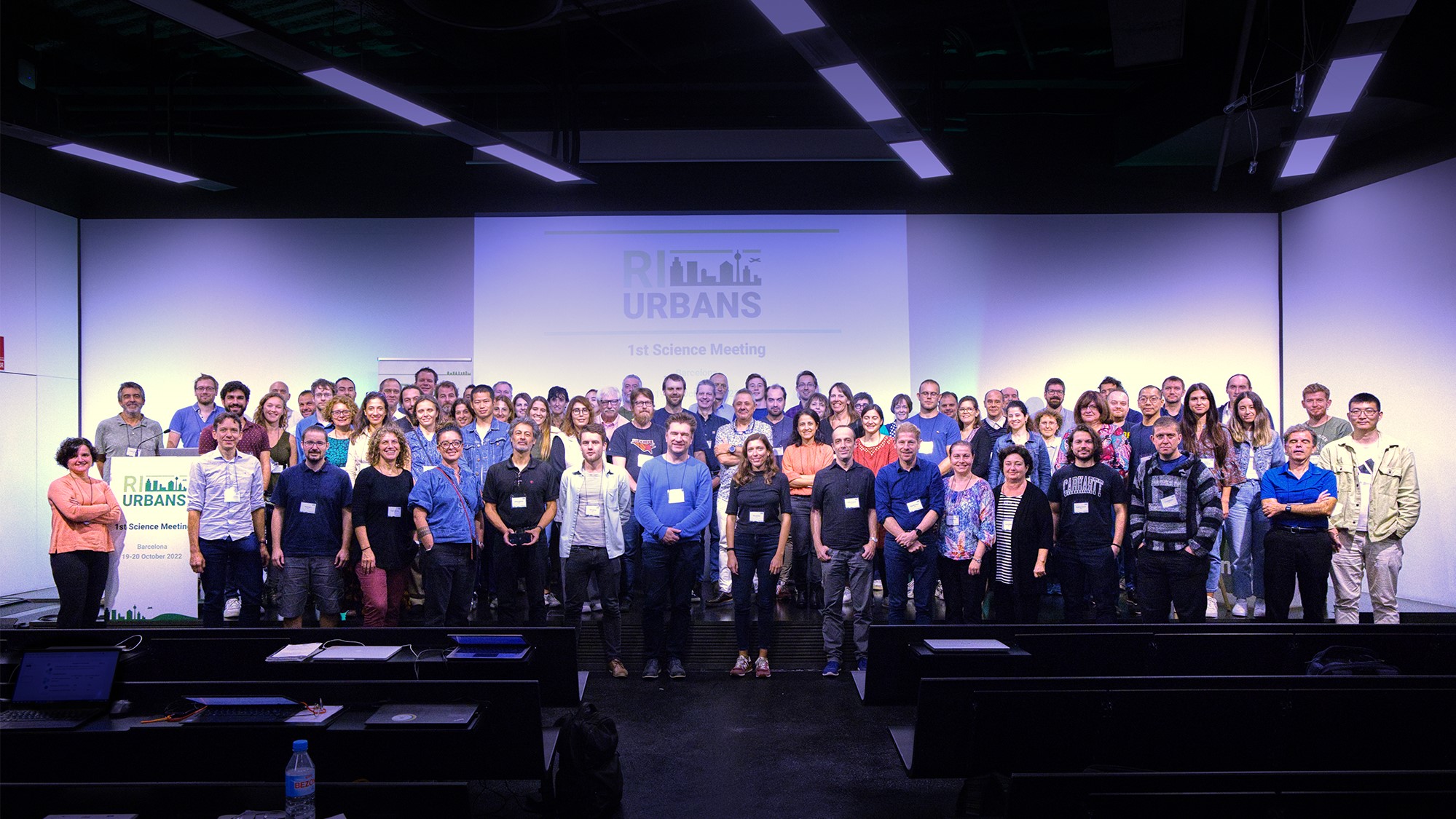 RI-URBANS participants met last week in the 1st Science Meeting of the project in Barcelona. A total of 84 onsite and 66 online participants from 63 institutions attended the meeting, together with representatives from the World Health Organization, European Commission, and other European research infrastructures.

“RI-URBANS is progressing well. The project is now obtaining results of great interest, especially in the compilation of data on ultrafine particles, black carbon, and chemical combustion of aerosols”, declares Xavier Querol, coordinator of the project and CSIC researcher. 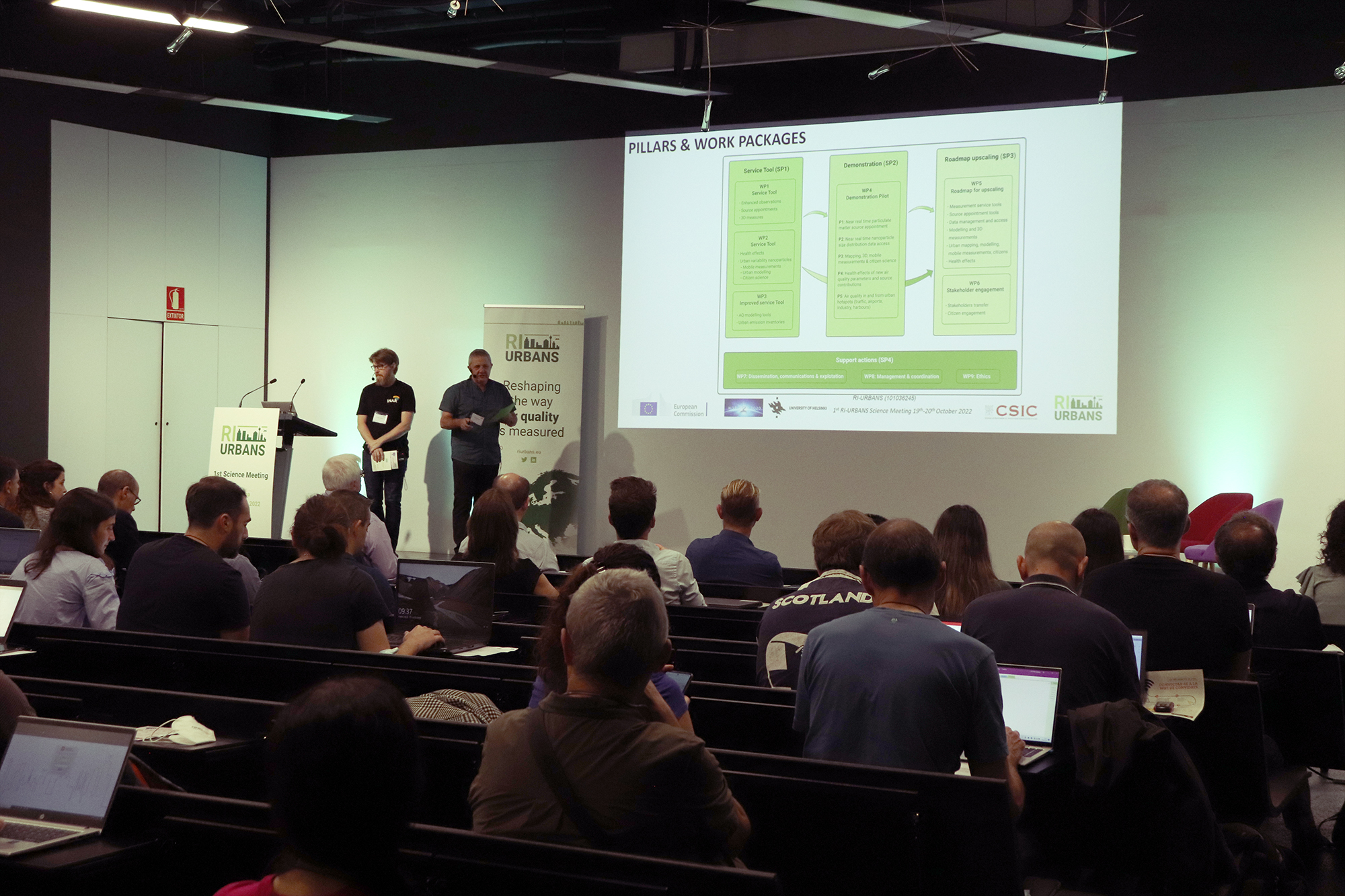 During its first year, RI-URBANS has reached several milestones that were highlighted during the meeting:

“We have also obtained very relevant results in terms of regional and urban scale modeling of advanced air quality parameters”, declares Tuukka Petäjä, RI-URBANS coordinator and researcher at the University of Helsinki.

The project is directly connected with ACTRIS (Aerosol, Clouds and Trace Gases Research Infrastructure) and ICOS (Integrated Carbon Observation System) in terms of the use of service tools, networking supersites, and data management, and a fluent dialogue is stablished with them.

Several challenges were also put forward during the meeting. One of them is achieving that air quality monitoring networks apply the service tools developed in RI-URBANS, most of them coming from ACTRIS.

Another challenge is to make the data flow smoothly from all air quality stations toward ACTRIS. RI-URBANS already compiled advanced measurements from many stations, but there are some left behind. Efforts should be made to make these harmonised and data public in ACTRIS-EBAS.